What is the story behind how the Property Brothers family started working together to build a remodeling business empire? Anyone who watches The Property Brothers, Drew and Jonathan Scott, can plainly see the two were born to work together, and the two men talked candidly about their story in an interview at RootsTech in 2017.  We always loved following them, but since that time, we’ve enjoyed following them with more frequency after meeting them, and enjoyed reading their memoir, It Takes Two. We hope you enjoy these candid insights from our conversations at RootsTech, and more of the Property Brothers back story.

The brothers were open, honest, and just as warm and funny as they appear on TV.  We were impressed by how they didn’t shy away from answering any questions after their fabulous presentation on the RootsTech stage. In the video below they talk about the ancestors they relate with best. Cool stuff.

Growing Up as a Team

The Canadian-born twins have a strong connection to their heritage, although they don’t know a lot about their grandparents beyond stories they’ve heard over the years because their grandparents died shortly after they were born. Both love talking about their families and do so when they can. Because of their appearance and RootsTech and their wholesome nature, many have wondered if they are members of The Church of Jesus Christ of Latter-Day Saints, but that answer is no. They grew up in the Presbyterian faith, and while the two don’t shy away from talking about the importance of spirituality in their lives, they don’t discuss a particular religion they are affiliated with. Drew talks quite candidly about it with his wife, Linda Phan, on their podcast/You tube show, At Home.

“This is what really gets us going,” Drew said of family time. Their parents instilled in them a love of family and of their heritage. Their Scottish ancestry is something they cherish and they have visited their homeland with their immediate family several times. The two decided to learn to play the bagpipes when they were young. They laughed at the memory of playing and still break out the bagpipes from time to time. Drew even played on an episode of their show. They joke at what a “romantic” instrument the bagpipes are and how “easy” it is to play them. Nonetheless, they love that part of their heritage.

Being in the Property Brothers family = Hard Work Pays Off

A lot of their happy attitudes come from how they were raised. They were raised in humble circumstances and were taught to work hard. Their parents taught them everything they could about their families. The family would look at old family photos and their parents shared stories of the people they loved. For example, their father’s father was a boxer, and a great one at that. Their grandma was a stay-at-home mom, who they both say keeping their grandpa in line was the harder job. Their boxer grandfather kept it a secret though, boxing under an assumed name so his mother wouldn’t kill him. But he gave it up for their grandma, who wouldn’t marry him until he quit because she wanted him to stay safe and uninjured. The more the boys heard family stories, they more they’ve wanted to know.

Their father would try to get them excited about their Scottish heritage by talking about kilts, haggis and rain, but that didn’t hold much appeal. But once he started talking about castles, swords and suits of armor, they were hooked. Jonathan even had a suit of armor custom-made along with a sword that he wears around the house. Now that’s some special heritage.

“We thought it was so amazing to learn all about the old knights,” Drew said.

Their father actually came directly from Scotland at age 16. He came to Canada with the idea of becoming a cowboy. He ended up in Alberta where he worked as a cowboy guiding people on tours in the mountains, which is where he met their mom. They met at dance and when he saw her,  she took his breath away. He walked right up to her and asked her to marry him then and there. It took some time, dates and lots of dances, but the two did eventually marry. When they met they were in Banff, but they traveled to many places in their married life. 50 years later they made their way back to Banff where they live now.

“They went full circle, which I think is kind of cute,” Drew said. “It’s the ultimate love story,” Jonathan added.

The couple planned to have four or five kids. After their older brother was born they decided – maybe not. So they just decided to have just one more. When she became pregnant the doctor told her she would be having a really big baby, because amazingly, the twins heartbeat was in sink. So when Jonathan was born, the doctor realized there was one more and out came Drew! 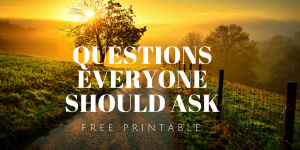 The two boys have always been close and have a strong bond with their parents and their older brother. They love to disprove the theory that family should not work together.

“We have been proving them wrong for 31 years,” Jonathan said, noting that the boys started a business at the tender age of seven years old. The two made specialized clothes hangers and called their business, “Jon Andrew Mom (JAM) Enterprises,” with the motto, “We take care of your hang-ups.”

They took the business very seriously, even when some people were only impressed with their “crafty side.” They specialized for holidays and special occasions. They had a Japanese neighbor that loved the hangers and started selling them overseas, selling them by the thousands. Suddenly, the two were making thousands of dollars as pretty dang little kids. 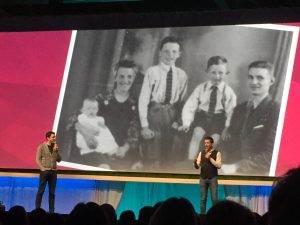 They used the money to help fund vacations and the things they wanted to buy on vacation. Plus, they enlisted the help of their family with their job.

“This is why family is important. You get them to help you with your business,” Drew said. They would weave the hangers while watching cartoons and their mom and older brother also got in on the work.

Related: Work – A Critical Piece to Your Story

One time while on vacation in Scotland, their parents credit card got blocked due to a travel quirk, so the boys floated their parents some money for a few days until the card became available again.

But they didn’t stop with the hanger business, entrepreneurs at heart, they were always looking for a new business.

At the young age of 8 their father said, “Boys, you’re turning 8, you need to get a job. I’m not kidding, that’s the kind of family we had,” Drew said as the two laughed. There was no allowance in the Scott home because that’s not the way things worked at their house. At that, they saw an ad for a clown-training workshop sponsored by the local city. From that work, they learned not to take themselves too seriously and started their performing career.

No BS and Remember to have Fun

Because they spend so much time together they established some ground rules so there wouldn’t be resentment and anger.

“We created a no BS rule,” Jonathan said. “Of course we disagree. We disagree all the time, but we lay everything out,” Drew added. The two try to look at their own strengths and weaknesses and then look at the others. They figure if they can focus on the other’s strengths at the end of the day things will work out, and so far, they have. They have also learned to set aside their own pride.

They have also learned from their popularity that everyone is connected and they don’t want to take their platform of hard work and connecting with each other for granted.

“We have very specific goals in life,” Jonathan said. They have a passion for working with kids and teaching them about work and the importance of family. That attitude carries over to entire families.

The men love helping families create dream homes they didn’t think would ever be possible. When Jonathan goes through people’s things on their show, The Property Brothers, he likes to create conversation pieces. Often those pieces relate to a person’s family story, whether it be a collage of photos or a piece of artwork. He said he’s learned the value of a family story and how important it is in life. Plus, they feel it makes a house feel like a home. “You can’t appreciate where you’re going unless you know where you’re from,” Jonathan said.

Related: The Power of Remembering Ancestors

The two are also practical jokesters, even with the people they work with on the show. One time they had prepared a beautiful family photo as a centerpiece in the living room. But, instead of using the two children in the photo, the brothers had their faces imposed in place of the kids. No one noticed for a bit until they got a little closer. When they did, the effect was alarming, but then they all laughed. They like to be light and keep people on their toes with humor.

Over the years, the Scott brothers have always had a deep desire to know their roots and eventually did the research. They found they are direct descendants of the king of Scotland who reigned during the time of William Wallace. They are also descendants of a great alchemist, which is where Jonathon figures he got his magic skills. They both joke that if they ever find out they aren’t descendants of the two, they may be crushed.

Related: A family story is a path to friendship

The brothers would try to relive their heritage when they would travel to Scotland, recreating sword fights, searching for hidden doors in castles and many other adventures. Drew also brought his and his wife’s heritage into the wedding ceremony, combining Scottish and Chinese traditions. The wedding was in Italy and a television TLC special was created to help the celebration, called, “The Property Brothers Special, Linda and Drew Say I Do.”

“My parents always encouraged the curiosity,” Drew said. “They didn’t teach us to be rude, but if we have a passion about something, speak up about it,” Drew said. Audiences around the world thank their parents for that encouragement of their sons too. 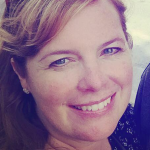 Rachel Trotter is a senior writer/editor at Evalogue.Life. She tells people’s stories and shares hers to encourage others. She loves family storytelling. A graduate of Weber State University, she has had articles featured on LDSLiving.com and Mormon.org. She and her husband Mat have six children and live on the East Bench in Ogden, Utah.