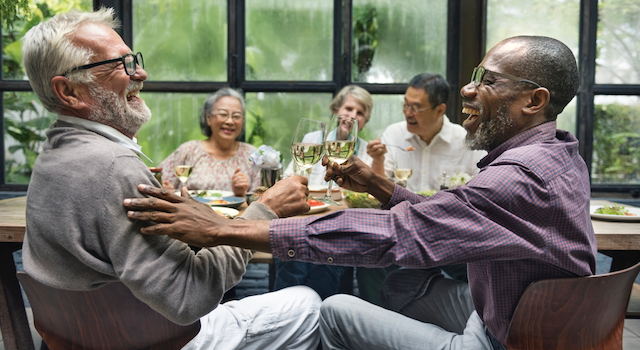 Should you include dialogue in your memoir, autobiography, or family history? What if you don’t remember exactly what people said? In this article, we’ll address these questions with practical tips for how to write dialogue in a true story.

Dialogue can add such richness to a scene and flavor to a character’s personality that I try to use this technique often (but not too much). Another good reason to use dialogue is that it breaks up long pages. In The Memoir Workbook, C.S. Lakin says, “Dialogue adds ‘white space’ to our pages, makes the reading move quickly and helps keep our story from becoming cumbersome.” When done well, dialogue is rich, interesting, and keeps the pace of the story clipping along.

Here is an overview with quick rules for writing dialogue in true stories like memoirs. Keep reading for the ins and outs of each rule.

Rules for writing dialogue in a true story at a glance

Related article: How to write an autobiography, a primer of the process

Rachael Herron has the following to say (from her book Fast Draft your Memoir),

“When I recreate dialogue and action, I try to honor the room tone. When I write this scene, what I put on the page must match that tone. I might not remember exactly what we were eating that afternoon, but I’m pretty sure I wasn’t ecstatically chowing down on rainbow-flavored cupcakes…Look at the room tone of the memory you’re pulling up. If it’s an important memory, one that you want to capture on the page, write down the tone so that you don’t overwrite it with some other emotion. And then honor that tone. The second thing that I advocate doing when writing down memories, be they dialogue or action, is to consider my 80 percent rule. If you have a memory of a conversation, even if you’re not sure word for word what was said, you get to recreate it IF you can be 80 percent (or more) certain that the person saying it would have said it the way you write that they did…You know the people you love. You know their syntax, their diction. You know how they react to certain stimuli, and you know how they will not react.”

In my own writings, I also like to sometimes us use journal entries, letters, oral history, and quotes from newspapers as source material, which I then adapt into dialogue. If the general rule of thumb is to make sure it’s authentic for what someone would have said, pulling from their own words feels like safe permission to me, even though they may have said it later or in a different context.

Marion Roach Smith, from her book The Memoir Project says, “Since we rarely carry a notebook when we’re getting thrown out by the man we love, how do we resolve the dialogue use? How can you be accurate? Instead of replicating events, think about intent.”

She goes on to add that you can say, “The conversation went ‘something like this.” But the biggest rule of thumb is to never alter the intent of the exchange, “If there’s a moral responsibility in writing nonfiction, it favors the intent of life’s actual circumstances.”

Related video: a short primer on using dialogue in your story:

Good dialogue sounds true to life, but it’s much shorter and punchier. A guideline is to trim all the fat. Don’t include warmup, small talk, or filler words. Get right to the heart of it. Have you ever noticed how in movies, they never say goodbye in phone calls, they always just hang up the phone? It’s kind of funny once you realize they do this, but it’s an example of trimming the fat.

Don’t cram back story into dialogue

Another rule is to not include a bunch of backstory in dialogue. If you are trying to cram details about what happened in the past, it will sound contrived. Think about what the characters already know at that point in the story. If they know a detail but you need to clue your readers in, you’ll have to figure out a more creative way to reveal that information than through dialogue. In short, make sure the words your characters speak sound like what they would actually say in the situation.

Break dialogue up with action

People don’t stand still, so include some movement. Show their body language, the way they pace, or fidget with the loose thread on their shirt. We never want to write static characters, that’s just not how humans act.

Each character should have their own way of speaking

Each character should have their own unique way of speaking. They should each have their own unique voice whether it’s by directness, brevity, loquaciousness, or the kinds of words they choose. To figure out whether you’ve written everyone with the same voice, try the dialogue test set forth in Steven King’s book, On Writing, a Memoir of the Craft. Here’s what you do: Cover up the speaker’s name in the left-hand side. Can you tell who is saying what? If you can’t, then you’ve written basically one vanilla character and you want to go back and figure out what makes each character unique. Give people verbal tics, or special slang. Add some punch to your dialogue until it feels full of life and personality.

Include local vernacular and slang from a time and place

I would urge you to carry a notebook and listen for local slang or the unique dialogue of people from a certain time and place. In your own life story, don’t scrub your own voice so it sounds proper and perfect. Keep the personality rich and true to where you are from, both the place and your generation. When beginner writers take my classes, they often feel self-conscious that their writing doesn’t sound as professional as they think it should. But I often hear an authentic voice when I read these stories and I urge them to not polish it up so much that it loses the personality. The more you write, the more you’ll gain confidence in your authentic voice.

Although above I just said to keep regional and generational differences in your writing, do be careful using dialect and phonetic spellings. Some writers do this marvelously well, such as Frank McCourt in Angela’s Ashes. His book contains rich phonetic Irish dialect throughout the entire book, and it is just gorgeous. Reading it, you have no doubt he has an incredibly attuned ear to the language. He gets away with it because he does perfectly, throughout the entire book, (not just for one person or group of people). He gets away with it because it’s his own story and his own culture, and he’s placing you in the scene not trying to come off as smarter than the characters.

But just be careful about this because if you start including phonetic spellings it can seem condescending like you are making fun of someone. Worse, it can come across as racist.

Formatting dialogue – each new speaker should be on a new line

Here’s a practical tip. Each new time someone starts to speak, it should appear on its own line. Enclose what was said with quote marks and periods should be inside the quotation marks.

If someone is thinking something, I like to italicize, but this is stylistic preference. Some people prefer to put thoughts in quote marks too.

Related article on how to format your book: https://evalogue.life/writing-a-book-template/

Don’t get all fancy with the tags. Instead, just use words like, “said,” and “asked.” These words are basically invisible, and they do not catch our attention. Creative words like extrapolated, cajoled, etc. can be distracting. Stephen King says this too, and then wryly quips that you really don’t want to use ejaculated. Indeed.

Case in point, I recently read a critical review of a New York Times bestselling novel in which the author used “murmured” constantly. The writer of the review did a wordcount and it was sort of staggering how many times this tag had been used. After she pointed it out, I noticed it constantly too. So, I’d say that “murmured” is fine here and there, but you don’t want to overuse this kind of tag.

Also, you don’t need to use a speech verb with every line if it is clear who is speaking.

Mind what’s not being said – subtext is powerful

Sometimes what isn’t being said is as important as what is. Consider subtext and leaving some things for the reader to figure out. this can be a powerful technique.

One of the things I do early on in any project is I will physically sit down and write my disclaimer for that project, and I will say something like, I totally made up all the dialogue in this story. I mean, nobody knows. Nobody remembers exactly what was said in a scene. Right. You don’t remember that. But I do know my family members very well. I frequently loved to take oral history and adapt what someone said in their recollections and create direct dialogue.

If I compressed any timelines, if I changed names to protect people’s identity, things like that, I will mention in a disclaimer. And then I feel like I have a lot of freedom to have fun with the writing, not being worried about whether people. Questioning my integrity because I made up a few words of dialogue.