Rookie Smarts: Why Learning Beats Knowing in the New Game of Work

Is it possible we are at our very best, when we know the very least? When we are rookies?” Liz Wiseman posed this question in her keynote address at RootsTech 2017. Her entire talk lit me up and I came right home and wrote this article. 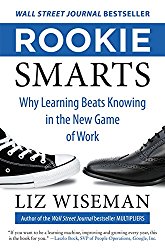 I have some personal experience being a rookie of late, after a big career shift from higher education to starting Evalogue.Life and telling people’s stories. After so many years of hard work, my day job finally got more comfortable, so I felt guilty giving it up for the thrill of building something that ignites my spirit in new ways. I felt self-conscious, as though craving a fresh challenge somehow makes me flaky or ungrateful. My job had been a blessing and a joy, so what was wrong with me? Am I one of those people who is never satisfied?

Mastery does not equal happiness

Wiseman answered that nagging thought by explaining that folks might assume that arriving at a place of mastery would leave humans happier, but she cautioned that the opposite is true, and she shared research to back up the point. The take-away from an official looking line graph was this, “As our challenge level goes up, our personal satisfaction also goes up.” May I offer my own experience as “Exhibit A?” Since entering a phase where every task is hard because I’m doing it for the first time, I feel mentally challenged and alive.

Lingering on a plateau is dangerous

“When we linger too long on a plateau a little part of us starts to die,” Wiseman said. Thanks, Liz, for validating my whole life. You just put into words what it felt like my inner voice was trying to whisper: Don’t get too comfortable, Rhonda. About comfort, she quoted the poet Khalil Gibran, “The lust for comfort, that stealthy thing that enters the house a guest, and then becomes a host, and then a master.” 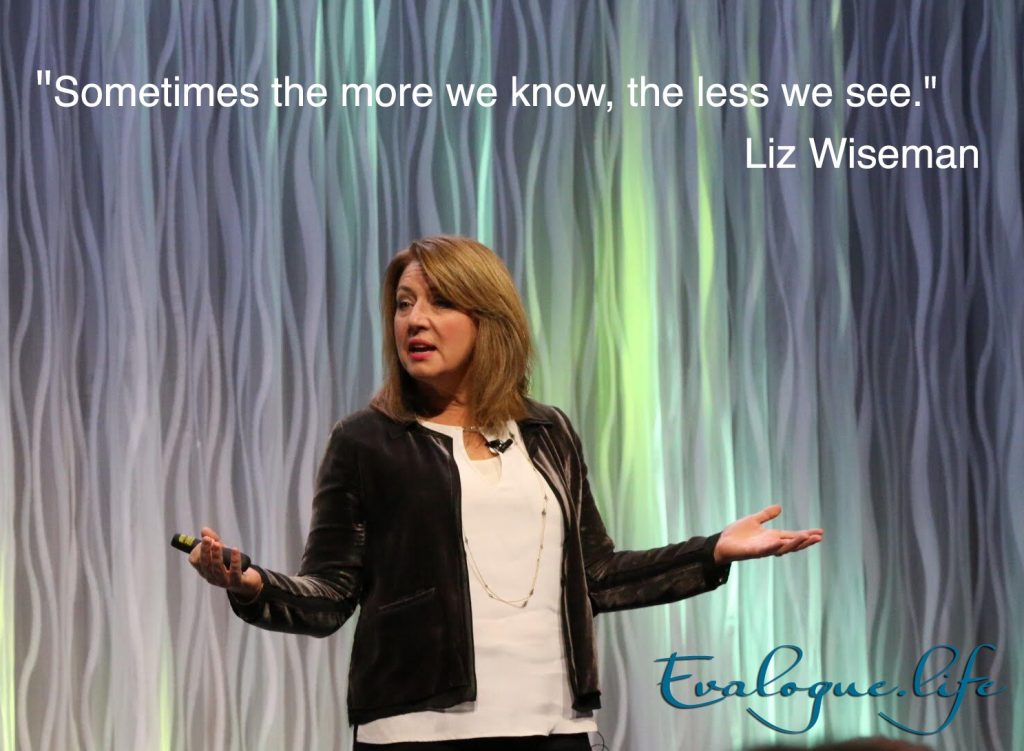 The rookie position is off balance

Being a rookie is powerful because it puts us in the opposite state of comfort. “The rookie position is off balance,” she says. This position feels awkward and we don’t like it. So we act, and she equates our footsteps to being “In fire-walker mode.  Firewalkers are cautious, but they walk very fast. “You have never heard of a fire stander.”

Related: Want to be a Multiplier and not a Diminisher? Read my article on Wiseman’s New York Times Best Seller, Multipliers

She got personal with these ideas too, telling what she learned when she went looking into her family’s past. She wanted to find someone who was “doing something important, and hard, and doing it for the first time.” She found the example in her maternal grandfather, who left farm life in Wyoming to become a mortician in California. She described how his wife suffered from loneliness and isolation, so he cultivated a sense of community to bolster her spirits. Later, her grandfather became beloved by that community “not because he came from a position of strength but because of what he lacked.”

Wiseman’s own experience with rookie smarts

Then, Wiseman recounted a story of when she was 24-years old and recently out of college. When she was asked to create a corporate university she said yes. (The rookie says yes because they don’t know it’s actually hard).

She laughed, “My only real qualification for this job was that I had recently been at a university.”

She went to meetings and asked a lot of questions which is “cute at first,” and then gets annoying. Still, she worked hard, learned fast, and from that time on, “my career was a steady stream of jobs I didn’t quite know how to do at the time.” She showed up at staff meetings with questions, which she explained is, “cute the first time and it’s cute the second time but by the third time they expect you to have answers. It was my naiveté that forced me to deliver fast.” Once when a client flinched at her age and inexperience, her VP said, ”Yeah, Liz is woefully underqualified for her job.” When went onto a career of jobs she didn’t quite know how to do at the time.

Later she added, “Sometimes the more we know, the less we see.” In summary, she recommends that you disqualify yourself,” meaning, take a job you are not qualified for.

When were you a rookie?

After this background, Wiseman directed us to rediscover our own rookie state by recalling a time when we were new to an important piece of work. She asked us to write down answers to these questions:

Commonalities and advice for how to be Rookie Smart:

By the way, I am totally stealing this question to add to our list of questions to ask a loved one:  “Think of a time when you did something important and hard for the first time.” 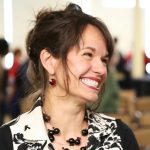 Rhonda Lauritzen is the founder and an author at www.Evalogue.Life, “Tell your story.” Prior to starting her own company she grew up in a Weber County family business and then served as a vice president at the Ogden-Weber Tech College. She is a proud Wildcat and has an MBA from the University of Utah. She and her husband also restored a landmark Victorian on 25th Street, where they live and work together. Evalogue.Life contracts with the Chamber to write about Northern Utah’s thriving business community.

We may earn money or products from the companies mentioned in this post.